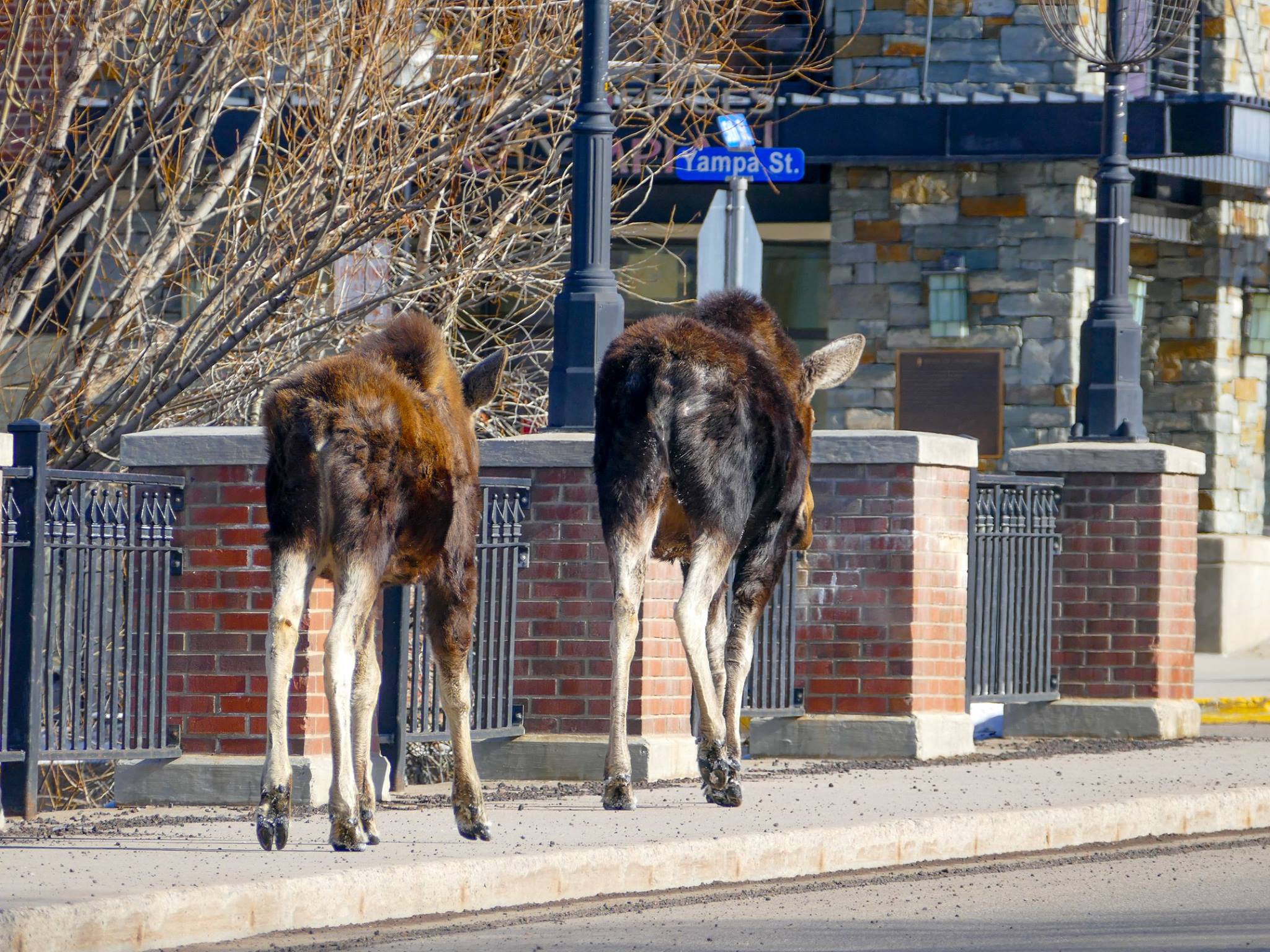 It may be hard to believe, but until 20 years ago hardly anyone ever saw a moose in Colorado, especially Steamboat Springs. That’s far from the case today. The state's moose populations are thriving, thanks to successful reintroduction efforts by Colorado Parks & Wildlife.  Colorado’s moose population now approaches 3,000 animals statewide.

Coloring - Their rumps are brown, not white or cream colored as found in deer, elk, or pronghorn. Their body hair is grizzled dark brown, appearing black at a distance, and they have white hair on the inside of their legs. Their legs seem too long for their bodies. Their thick, dark brown coat appears black at a distance, and enables them to stay warm in the coldest winters.

Shape - Their long head, overhanging snout, and a pendulant flap of skin of varying sizes hanging from their throat ("bell") give moose an unmistakable silhouette when observed in the wild. The bell varies in size and is much larger on bulls.

Antlers - Bull moose grow flattened, palmated antlers with points around the edge, reaching up to 5 feet wide in larger and older bulls. These antlers are shed in early winter and re-grown each year. Yearling bulls sport small spikes or small plates, with antlers increasing in size as the bulls mature. Antler conformation varies considerably, and it is not uncommon to see a bull moose, especially a younger bull moose, with antlers similar to those of an elk.